One Year’s Notice is Not Enough: Matt Smith’s Eleventh Doctor 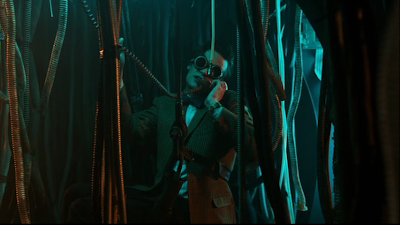 When you are a lead actor of a show, it’s courteous to give plenty of notice when you intend to leave. Plenty of notice. Matt Smith who played the Eleventh Doctor Who, grew weary of role and wished to move on. Understandable. An actor only has seven years to create a brand and it’s unwise to establish just one personae. As adorable as his Doctor is, instinct told Smith it was time to go before he jumped the shark. However, a year’s notice wasn’t enough to pull off what Moffat had in mind for a regeneration finale. At least I don’t think so.
The end of the Eleventh’s spell was supposed to play out over an array of three episodes with a spectacular 50th anniversary special in-between. Now the Name of the Doctor and Day of the Doctor were fine, but the Time of the Doctor was ant–climactic. I was expecting Trenzalore to be an advanced civilization that wouldn’t accept the Doctor’s help and residency given his reputation, not a Dicken’s Faire leveled by molotov cocktails. I suspect that there wasn’t enough time to build and model a proper set for advanced civilization, so the crew did the best they could. 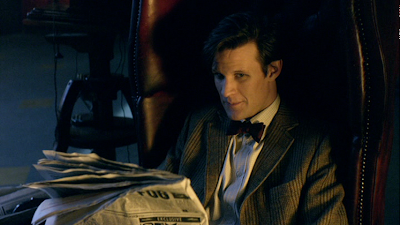 I think Moffat had something really grad in mind. but ran out of time. A two-part story would’ve been grand. Moffat could have written a pay off on the Minotaur’s poem of the Ancient Creature and River’s scolding monologue of the fear people have of the Doctor, no matter how many civilizations he saved. Wherever the Doctor goes, even when he’s on vacation, there is trouble. He’s a portent for trouble. Poor guy. 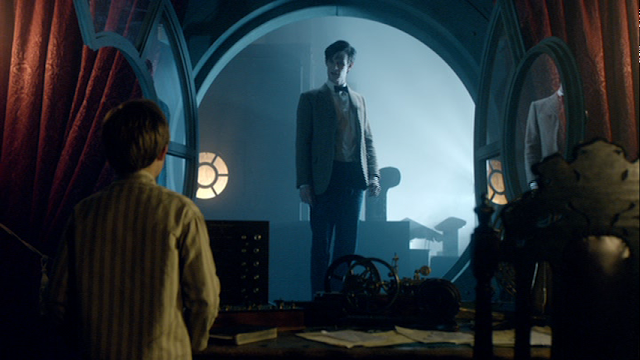 I envision a story of the Doctor’s frustration and pain at being a bad omen. Everyone usually hugs the Doctor even after he drags them to Hel and back. Not this time and it’s not really his fault. The Tardis takes him to where he needs to be, not ever to where he wants to go, so he rarely gets a rest to prove himself otherwise. What’s more is that he relishes in the adventure of conflict. Rory said, in a moment of altruism ( laced with his usual “I wanna stay home” whining) that the Doctor by example of his prowess, asks too much of people. Or rather people do too much at their own risk to impress him. Instead on epic, what we have is Doctor Geppetto repairing toys for the local children of a populace who has no idea who he is or what he’s done before, which creates a disconnect in the story arc of the series. Thus killing the Minotaur and River’s words of warning.

Death would be a gift for the Doctor. I would’ve hated for the franchise to end, but it would’ve been justified given the story. So, now the Lonely God/Ancient Creature is 2000 years old with a new generation cycle. What kind of person is he now?

At the table reading, Matt fell apart upon reciting the eulogy for his regeneration. He commented in interviews that he didn’t know what came over him. I can guess.

#1 The eulogy is a love letter from Moffat for the effort the two poured into the Eleventh and they’ll always remember him.

#2 The regeneration story could’ve been ten times better if Matt didn’t leave so soon. For all that effort winning over the skeptics and gaining a new generation of fans, they shoot themselves in the foot with a comprised ending to a wonderful spell of the Doctor.

It’s alright Matt and Moffat. As an industry veteran of twenty years, I know how fast an actor has to work now to create himself as a brand ( as I mentioned before) and advance in the industry. If an artist doesn’t become a director in after seven years, he or she may find themselves ostracized from the industry. It happened to me before I got wise and Matt knows like the Doctor, he has to change and become another person. Good luck with your next personae, Matt and do keep us Yanks in who have fallen in love with you in touch. 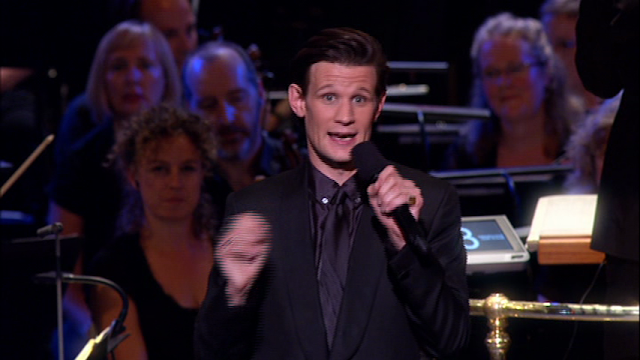 Clara Oswald is a Dr. Who companion who is getting a bit of flack from Whovians. They claim that the series fell flat once she was formerly introduced as a companion. Furthermore, she ushers the end of the Eleventh Doctor’s reign.
Now this is partly true. but it’s not due to a flaw in writing -not yet-. Matt Smith is a transition Doctor in addition to a introductory Doctor for a new generation, who earned a new purpose at the end of his reign. The Ancient Creature, the Lonely God is no longer homeless and he shall travel to Gallifrey with Clara-not the Tardis as his herald. Why do you think the Tardis dislikes Clara so much?

There have been Easter Eggs in the foreshadowing of the Tenth and Eleventh’s reigns. The Tenth’s theme, The Lonely God, is about relationship for he laments that his companions leave ( as they should) forget him, but ultimately break his heart. The Eleventh, The Ancient Creature, actually encounters a manifestation of the Tardis as a beautiful woman( story intended for the 10th) who complains about how he drags home strays. The Tardis is annoyed at this point, but The Doctor’s Wife does not feel threatened until Clara, the Impossible Girl steps inside the control room. Nothing is superfluous in story—or at least it is’t meant to be for all element are essential for advancing the plot.

Now that the Doctor has a new herald, it will be interesting to see if the Tardis becomes a Shape-Shifter that develops into a Shadow as he embarks in his journey home and possible the end of his adventures. For the first time, the Tardis won’t want what the Doctor wants. After all, she stole herself a Time Lord to explore the Universe. The last thing she wants is to return to being a museum piece. Remember, it was the Tardis who occupied the room in the Hotel of Fates in the God Complex.

It will be interesting to see how Moffet’s story pans out if my speculations are true. In the meantime, I’m going to continue to enjoy Clara as my first and favorite companion. No, Whovians; there is no need for sexual tensions or father-daughter relationships when the Herald guides the protagonist.

A male character who is charming, smart, a gentleman and had his shit together can and IS a marketable property—in Great Britain.
My Peggy of Samhain Night has introduced me to safe viewing of Dr. Who starting with the Eleventh ad working by way backwards. And I must say, I am forever grateful,. Doctor Who has always frightened me as a child. Peggy informed me that the incarnation of the Doctor I encountered on that fateful day my Grandmother’s job was the Fourth Doctor. Years later, speaking as an industry professional, I must say the production designers were rather effective in regards to the fright barometer given the limited resources they had. I think they were on lollipops laced with LSD and pop rocks for those creatures were a psychological nightmare!
Although clearly fake looking, the costumes for the creatures strike the fear button. The bright red, candy-like fear button which relies totally on perception and not believability. I was housemates with Lauren Faust when we were in college together in the 1990’s and we had a big fight over the wolf from the Neverending Story. She argued that the wolf isn’t scary to her because you can see the puppeteer’s hand through the muzzle of the wolf. However, as mentioned before, fake does not cancel out perception. Who cares if you can see the form of the puppeteer’s hand under three wolf’s face. THOSE EYES against the dark setting are scary! I’ll add two more “fake”, scary-ass monsters to the list: the Popeye Octopus, and those damn orange, jiggling cylindrical monster unleashed by the poppy dealer in the Wiz.

Don’t mess with Jung. Psychology of patterns and themes will phuck you up!

Scaryiness aside, I am forever grateful to the developers and present day writers of Doctor Who. I don’t have to follow the principle of the flawed Hollywood underdog to write a good male protagonist. Many Hollywood writers and show runners nowadays are twenty-year-olds who haven’t reached their full potential in character. They’ve excelled professionally and that is all. As a result you get characters like mopey-whiny, chronically depressed young or middle-aged man who wants an alpha female, but behaves like an omega male—and gets her. One would speculate that this group of creators and their target weren’t raised, but dragged into adulthood. Unfortunately, in the information age, life imitates art so, more and more dragged up losers are created with each adult satire or action-movie that condones sloth and other serious character flaws. Now wonder so many women are single! It’s a Hephaestus and Aphrodite pattern, but Aphrodite doesn’t get to cheat on Hephaestus with Ares. It’s oppressive and I don’t like it.

This same group also feels that a male protagonist should have seriously debilitating character flaws such as selfish-existentialism with none of the altruism of the philosophy’s essence and depression. In an effort to conform, I changed Giermo from an educated, roguish, cavalier charmer to the point of being unlikeable. Giermo will grow. I am female and there’s no way in Hel I’m going to let him get away with such behavior, but Giermo did grow once he realizes that he was his own Shadow and in later comics he carried himself with the humility of a guy a girl would actually marry.

The characters of HipChick Comics can be charming and funny without being assholes. No, satirical Hollywood, my future make characters will not make lewd jokes and be irresponsible in their sexual exploits. They won’t be unattractive. They won’t emotionally distant from their male friend either in fear of being perceived as Gay. There’s nothing wrong with being Gay anyway, so that Rambo trend of i don’t know what to call it, can die. At least it will in my world.

Kaisei, Ares, Hermes and all of musicians and fine artists are going to be MY make ideal. I don’t have to rely on the American macho-market. The longevity of Doctor Who’s success vindicates my choices to my critics who will say that my males are too perfect. There are other flaws you can use to deepen the arcs of a character and his story. I do agree that you are not supposed to make a story too easy for your hero. There are flaws in altruism. valiance, and the quest for the aesthetic and leadership. Poor Giermo. I’ll shall make it up to you. My Nami’s husband.
Superficial, In Between Days and Klashktse is intended to be an oasis for women in the dating desert of reality. The Marriage Squeeze and the impossible dating pool is the reason why sexy vampire moves are so popular with single women in their thirties. This demographic has not found it’s prince yet. And the prince is not Joe the Plumber, but an extraordinary Hades or Hermes males who respectively is from an extra-ordinary world, has his shit together and takes his lady on adventures. The Hollywood underdog can not keep up. “Rory” gets left at home in my books. There will never be a loser among the principle characters in the mythos of HipChick Comics ever again. Thank you for your sacrifice, Giermo.

Thank you, David and Davies. Matt and Moffett 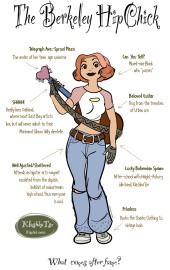 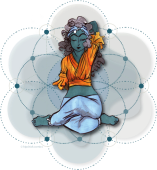 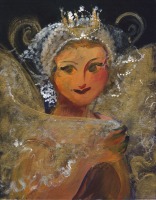